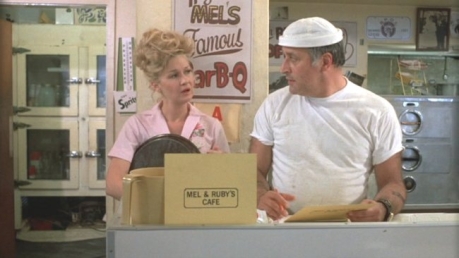 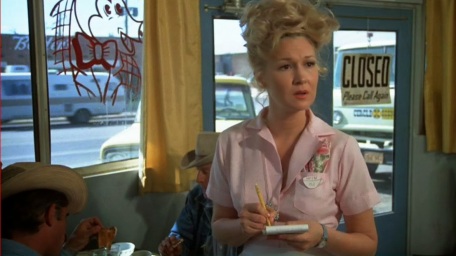 Alice Doesn’t Live Here Anymore was Martin Scorcese’s second film after the decade-defining success of Mean Streets. It remains his first and only film with a female lead and perhaps subsequently, one of his least violent and least well-known films. It also happens to be one of his most humorous, emotionally nuanced, and romantic. When it was released, many dismissed it as a “woman’s film,” a genre that unjustly connoted all the fluffiness and inferiority that romantic comedies do today, but it nonetheless gained acclaim for its brilliant performances, simple story, and the burgeoning auterist flourishes of Mr. Scorcese.

After the death of her husband, Alice, played by Ellen Burstyn, takes off with her son Tommy with the hopes of relocating to her hometown of Monterey, California. When their funds run dangerously low, Alice is forced to stop in Arizona for work. She gets a job as a lounge singer in a dive bar in Phoenix but an abusive relationship with the owner quickly forces her to continue on to Tucson and accept a job as a waitress at a diner called Mel and Ruby’s Bar-B-Q. Alice Doesn’t Live Here Anymore brilliantly brings to life the colorful comings and goings of the diner and the daily joys and hassles of the women who work there. Though Alice eventually falls in love with one of her customers, a rancher played by Kris Kristopherson, the most memorable part of the film for me is its portrayal of the relationship between the three waitresses. The scenes were filmed in an actual diner in Tucson, located on Main Street, but it has since been closed.